Jeep tour to Mangystau from Aktau 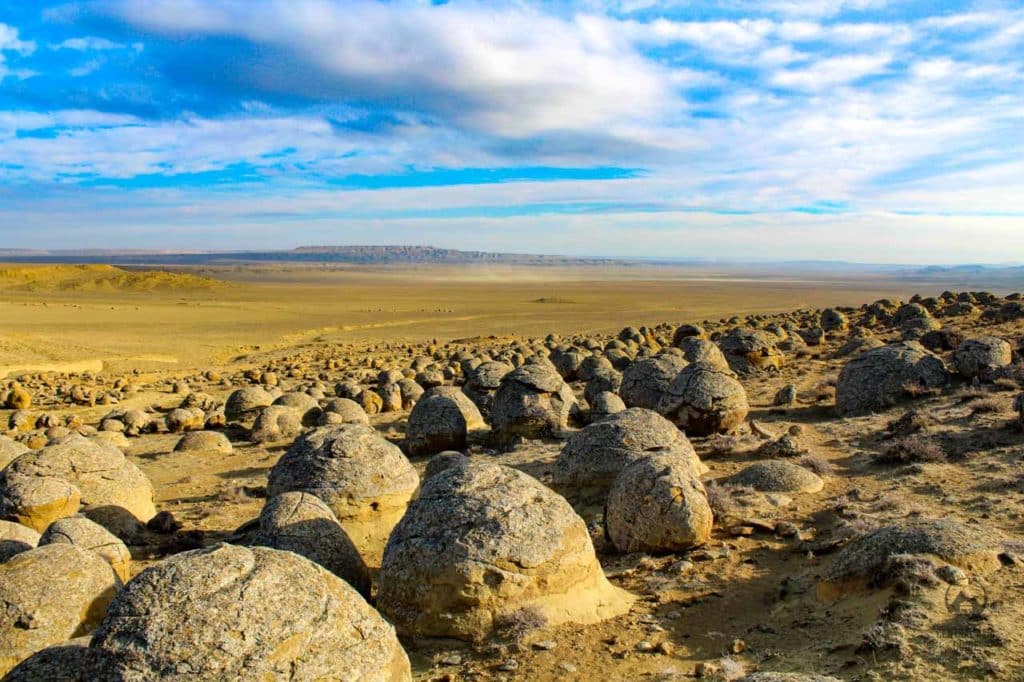 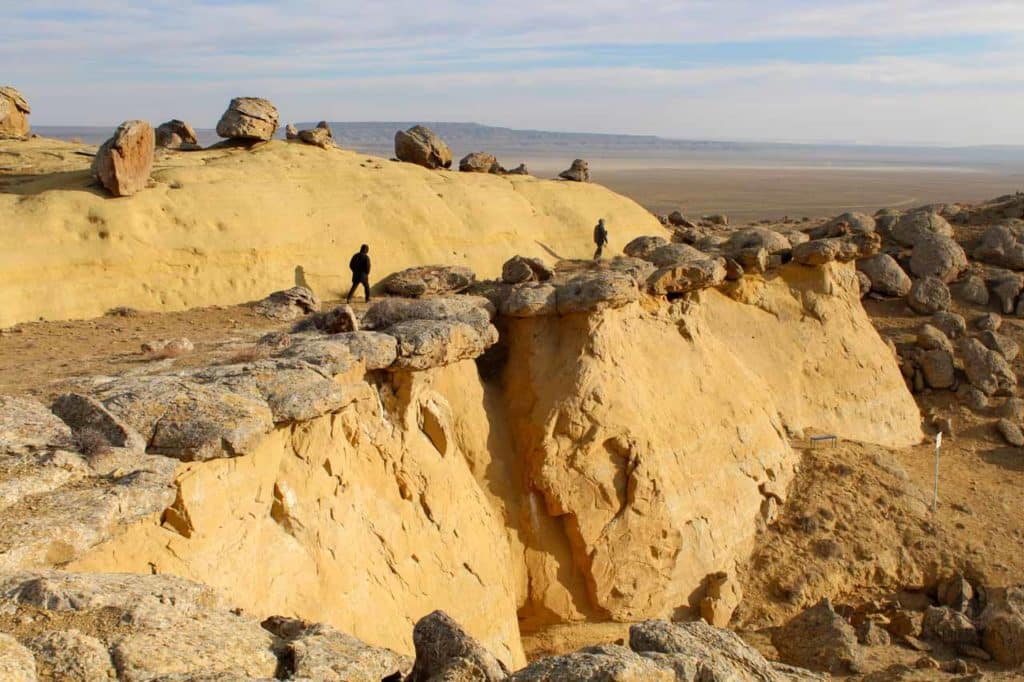 Departure from Aktau city at 8.00. First stop is Karagiye depression which is the deepest dry depression in Kazakhstan (132 meters below the mean world ocean level). It stretches from  northwest to southeast of the Mangistau half-island (peninsula) and is part of the Karagiye -Karakol wildlife reserve. It attracts tourists not only for its unique beauty, but also for its origin. As a legacy of the ancient and mighty Tethys ocean, the depths of the basin contain a huge number of different minerals.

For two centuries, pilgrims have been meeting together in our second stop, the Beket-Ata mosque, in order to worship at his grave. Knowledgeable people say that he does not leave in trouble those who sincerely turn to him for help. In the Western Kazakhstan, it is believed that just mentioning the name of Beket-Ata in conversation can avert trouble and prayer in a Temple can perform miracles.

Third and final stop of the day is called Panoramas of Bozzhira. It is located in one of the most popular areas in the Ustyurt plateau, the Bozzhira valley with incredible stone shapes. When the edges of the plateau collapse frequently due to erosion, they leave behind bizarre rock formations. They are called the outliers. They remind every traveler of different things based on their imagination. Only a couple of all the Usryurt routes here are open for the tourists but they are the most striking and accessible. The rest of them are a mystery awaiting to be discovered by the researchers. We camp for the night in Bozzhira in tents after a dinner under the stars.

The local outlier mountains have an amazing feature they change their shape beyond recognition when looked at from different viewpoints. Bokty Mountain as one of the outliers is the first stop of the second day. It is located on a table level clay surface-takyr. On one side it appears as a shape of a giant keel-turned boat with a dark-brown seaweed-covered bottom and snow-white sides outlined by a red-and-yellow waterline. On the other hand, there is a magnificent human making a pyramid. But the most amazing thing here is the red chalk. Bokty Mountain is depicted on the 1000 tenge bill of the old model of the National Bank of Kazakhstan.

The tour ends with return to Aktau at 19.00 [approximate time]

Find your country from the list and check possible visa requirements for Kazakhstan.

Other tours to Kazakhstan