Uzbekistan is about the size of Sweden. The landscape of Uzbekistan is dry with mostly flat-to-rolling sandy desert, even including sand dunes. The Eastern part of Uzbekistan closer to Kyrgyzstan and Tajikistan has mountains as well.

Uzbekistan has the largest population among the other Central Asian countries. Other than uzbeks there are majority ethnic groups include Russians, Tajiks, Kazakhs, Karakalpaks and Tatars.

The currency in Uzbekistan is the som (S), sometimes spelled s'om or soum. It's easy to feel rich in Uzbekistan – the highest Uzbek note is (50,000S) . Check the latest course here

Tashkent is located in the Northeastern part or Uzbekistan, not far from the border to Kazakhstan. There are about 2,517 million people living in Tashkent making it the largest city in Central Asia.

Magical Silk Road cities, epic wide open spaces and a quirky Soviet past; Uzbekistan has it all. It has come under the rule of empires such as the Macedonian, the Arab, the Persian, and the Mongol. Today Uzbeks only came into the picture in the 1500s with the creation of modern day Uzbekistan, which came into being after the dissolution of the Soviet States in the late 1900s.

The Silk Road cities of Bukhara, Samarkand and Khiva hold some of the world’s most exquisite Islamic architecture and those three cities are must visit cities in Uzbekistan. Hectic bazaars, half-hidden desert citadels, silk workshops and the chance to glimpse the vanishing Aral Sea are all world-class draws, and the country is also a convenient launching pad for treks and travel within Central Asia. 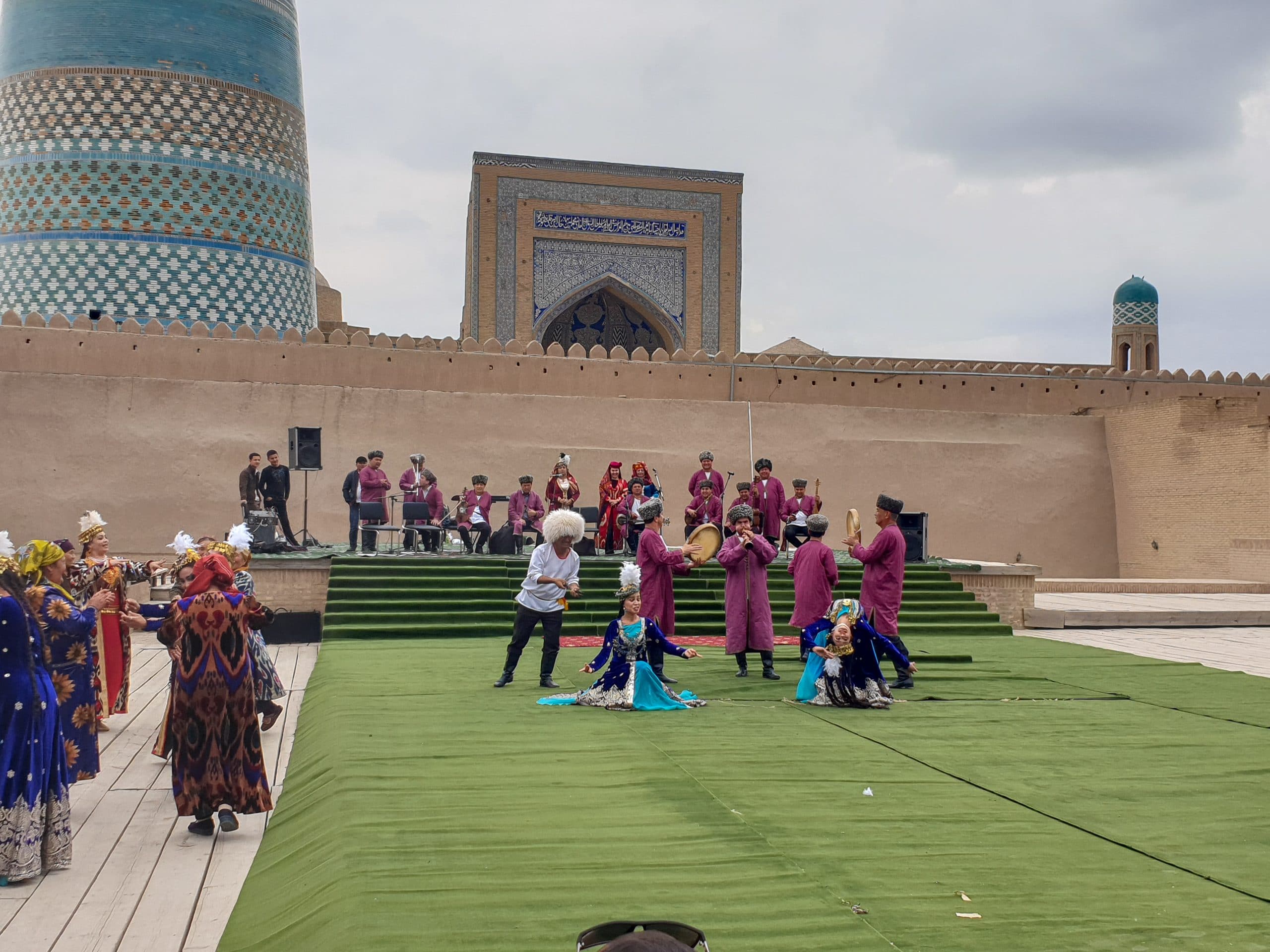 Tap water in Uzbekistan isn’t safe to drink, especially in Karakalpakstan. Bottled water is available everywhere and its cheap.

Uzbekistan is a relatively safe place. Generally risky traveling at night, including taking overnight local transport or unofficial taxis. Use of drones in Uzbekistan will attract fines, detention and confiscation of equipment. Licenses to import drones must be obtained prior to arrival.

Spring is Uzbekistan’s most gorgeous season with pleasant weather, green pastures, flowers in full bloom and several local holidays as Nooruz and festivals that are well worth seeing. Autumn is cool and sunny weather, coupled with bazaars that burst with melons and grapes, call a second wave of tourists to this Silk Road land and its harvest time for country.

Official exchange booths at airports, hotels, bank and souvenir shops in Uzbekistan and several private banks will change most currencies into Uzbek som, though US dollars, Euros and Russian Rubles. There are exchange machines, one in airport.

Uzbekistan is quite cheap and perfect destination for the budget travellers. You can expect to pay around 25 – 45 USD per day per person and that should cover accommodation and 3 meals all together.

Uzbekistan is mostly a cash-only economy, so cards are  fairly useless outside the center areas of the big cities. Get  also a big bag to carry your money in, as you’ll get big stacks of local currency. There are ATMs in Tashkent, however they are often short of cash or just don’t work (especially with foreign cards). Make sure to have enough cash outside Tashkent as it might be hard to find any ATMs there.

Local sim cards can be purchased by tourists in many airports and operator shops with prepaid data. Internet speed is ok to navigate around the cities. Though slow for video or video calls.

Internet in Uzbekistan is slow compared to Kyrgyzstan or Kazakhstan but better than in Tajikistan. Adequate data network is limited to largest cities with and the speed leaves some room for improvement now and then but is mostly usable even for high speed usage in Tashkent. Most hotels in Uzbekistan do offer free Wi-Fi.

During the 7th and 8th centuries, Arabs conquered Uzbekistan and converted its population to Islam. Therefore the main religion in Uzbekistan is Islam, 88 % (mostly Sunni), Eastern Orthodox 9%, and other 3%. Majority of Karakalpakstan population are muslim as  well. Churches of other significant confessions include Armenian Apostolic Church and Jewish synagogues.  The majority of Central Asian Jewish people are living in the Bukhara area.

Check the latest statistical information on Uzbekistan in the State Committee of Statistics of Uzbekistan.