The Turkmenistan tour will begin arriving at one of the most beautiful cities in the world  Ashgabat, it was recently included in the Book of Guinness as the most Most-White Marble City in the World. Next, you will visit the oldest settlements of Central Asia Nisa and Merv, and visit the museum that stores the artifacts from those towns. The highlight of the tour is to observe the fantastic view of the crater in daylight and at night, feel the heat and listen to the wind and the sound that this giant oven creates. 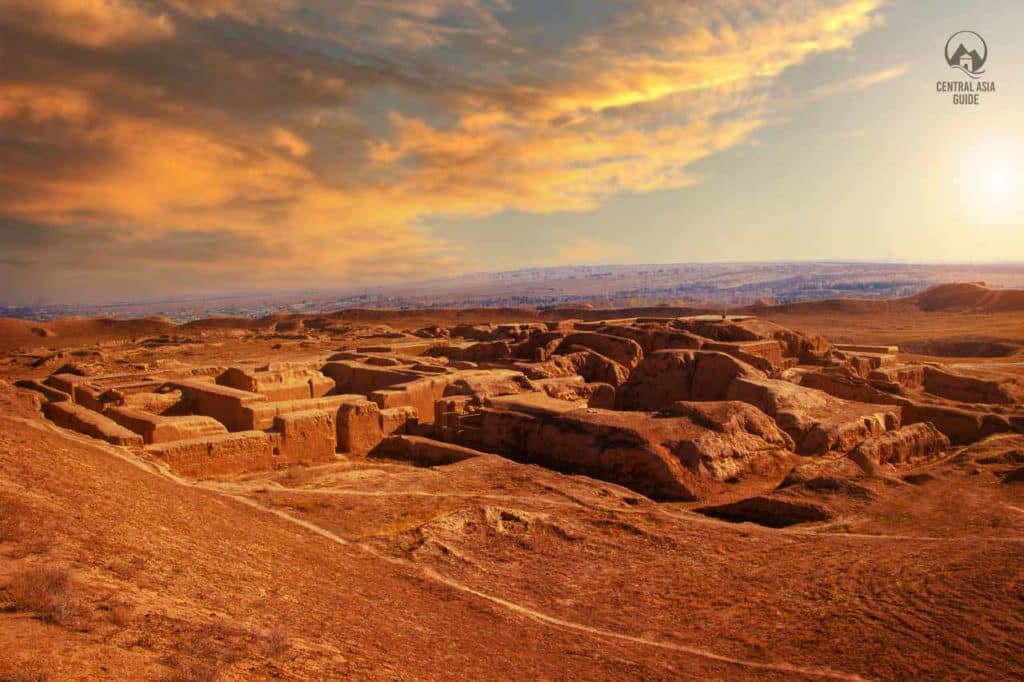 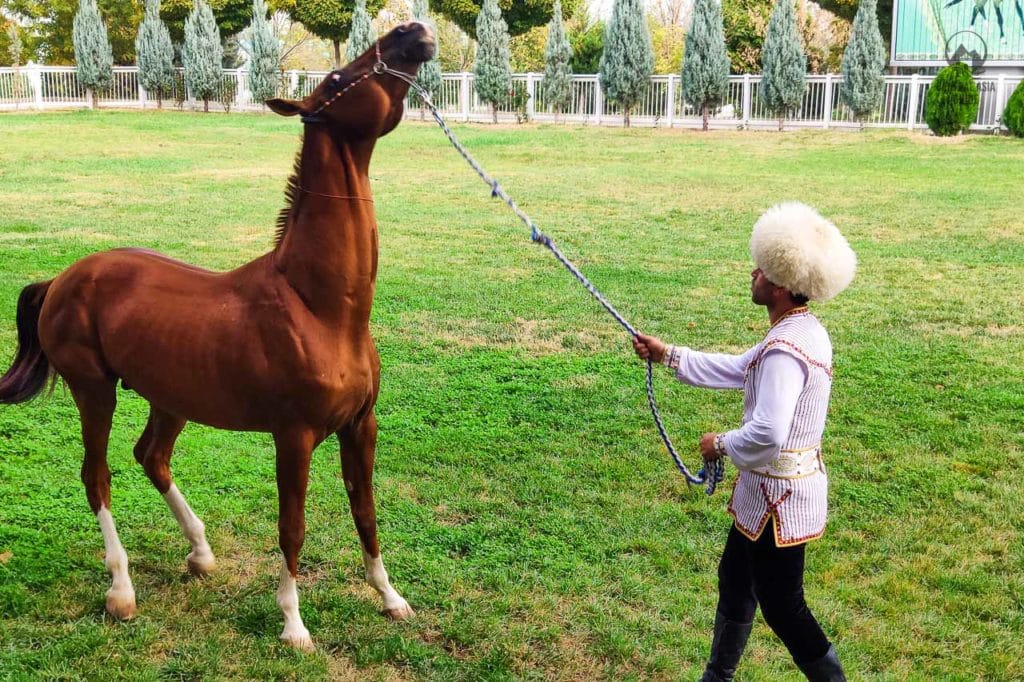 Your guide will pick you up at the airport and accompany you to the capital city of Turkmenistan – one of the most beautiful cities of the world which was recently included into the Book of Guinness as the Most-White Marble City in the World.

Today you will visit main tourist attraction in the capital parks and monuments, impressive mosque and other iconic buildings. You will drive to Nissa fortress – the Sanctuary of Parthian Kings. UNESCO declared fortress a World Heritage Site in 2007.

Afterwards you will visit the biggest Mosque in Central Asia Ruhy Mosque (Gypjak), Mausoleum of the late President of Turkmenistan. Overnight is in the hotel.

Today you will visit the State Museum of Turkmenistan. It stores ancient artefacts found at the excavations of the settlements Nisa, Merv and Gonurdepe, collection of vintage Turkmen carpets, rare examples of national clothing, jewelries, and antique weapons.

The 9 halls display figurines of Athens, Eros, silver gilded griffin, horn-shaped ivory vessels-rhytons of the Parthian era, gold jewelries, medallions-stamps from Margiana and Buddhist artifacts. There is also a fossilized piece of wood of the Paleozoic period, aged 270,000,000, dinosaurs’ footprints, an 820-kg meteorite fallen in Kunya-Urgench in 1998 and a lot more.

Afterwards is drive to Mary city. On the way you will stop at Annau, the ruins of 15th century – Seyit Jamal-ad-Din Mosque and Abiward – an ancient Sassanid city. Archaeological excavations at the ancient city of Abiward have been made in the last century to about 8 km west of the Kahka station in an area of 12,000 m2. The central tell is 60 feet high and 700 feet round. Overnight is in the hotel.

After breakfast at 8:00 tour starts with visit the glorious Ancient Merv (UNESCO World Heritage Site). One of the major archaeological sites of Central Asia, Merv played an important part in the development of the Silk Road for more than 2 000 years.

Within the limits of the archaeological park, which is 1200 ha, we will have a chance to observe all constituent parts of the “wandering city”. The splendid XII c. mausoleums of Sultan Sanjar and Muhammed ibn-Zeyd, demonstrate exquisite Seljuk period brickwork and architectural décor.

Then is drive to visit Museum with an extensive ethnography section, including a large collection of Turkmen jewellery, carpets, stuffed animals, a fully decorated yurt and pottery from the time of the Mongol occupation. But best of all is the archaeological section, bringing together artifacts found at both Merv and Margush, including pottery, weapons, household implements and jewelry. The fine quality and design of household items from Margiana is striking and rivals the collection of the National Museum in Ashgabat. A skeleton of a Margiana priestess was once also on display, though a series of deaths and misfortunes among museum staff persuaded them to have the original returned to where it was found. Then you will drive to Ashgabat. Overnight is in the hotel.

Today we will drive through the Karakum desert to Darwaza. Today you will visit a small nomadic village on the way to the main attraction and immerse into the traditional life style of Turkmen people. Then is visit of the gas deposit.

Stay in a camp with tasty catering; the perfect way to enjoy this highlight. Observe the fantastic view of the crater at daylight and at night, feel the heat and listen to the wind and the sound that this giant oven creates. Overnight is in a tent under the starry sky.

After the breakfast is drive to North province of Turkmenistan, to the architectural monuments of Old Urgench, Capital of Khorezm in X-XII centuries. Visit the Mausoleum of Najm al-Din al-Kubra, Tyurabek Khanum, Il-Arslan, Tekesh Ibn Hadzhibey, the highest minaret in Central Asia Kutlyg Timur.

Upon arrival to Dashoguz you will have a city tour. Transfer to airport for a local flight at 20:10/21:00. Hotel accommodation and overnight.

Tour starts with visiting an Eastern bazaar of Turkmenistan “Tolkuchka”. You will feel real beauty of Turkmen carpets, national silver jewelers and souvenirs.

After that you will drive to the horse farm for exploring the pride of the Turkmen people – Akhal-Teke horses. In addition, you will have a traditional Tea party, short Akhal-Teke horse show program and can see the racks of horses. Return to Ashgabat. In the evening is city tour to see illumination of monuments of the city. Overnight is in the hotel.

In the morning is transfer to the airport.

Service does not include:

Note: Each Traveler should have 2 photos (5×6) to be presented at the points of entry.

If you would like to customize your tour please don’t hesitate to contact us. We are happy to organize a custom tour or to provide a modified itinerary based on one of the tours provided by the tour operators.