The lake Iskander Kul, meaning the lake of Alexander the Great, lies at an altitude of 2195 meters on the Northern slopes of the Gissar Range in the Fann Mountains. It is unclear if Alexander ever visited the lake but the locals tell of a myth that during the nights you could still see and hear the horse of Alexander within the mist rising from the lake. The lake has a triangular shape, it covers an area of 3.4 square kilometers and is 72 meters deep. Some say that the water is poisonous to drink and that there are no fish living in the lake. There are also some signs forbidding swimming and the temperature is anyway only about +10 C at highest. Around the lake, there are several high peaks the highest being the Kyrk-Shaitan reaching up to 3950 m with snow cover topping it until June. Iskander Kul is one of the places that can be relatively easily visited even during a short visit to Tajikistan and it really provides for the time it takes to reach it by providing amazing scenery and unspoiled mountain nature with a certain serenity especially if you are visiting outside the high season.

There is a road going around the lake which you can walk and a small holiday resort at the North end of the lake nearby the place where the river leaving the Iskander Kul starts. Further down the river, there is a waterfall that has a man-made ledge built over it making it possible to stand almost on top of the waterfall which otherwise flows inside a deep cavern and is impossible to reach. The waterfall can be reached walking the path At the North side of the river. At the Southwest corner of the lake there is the summer house of the president with the helicopter landing pads fenced away from the sights of normal people but you can walk quite close to it next to the springs and a small cave just West from the summerhouse.

At the Southeast corner of the lake there is a lush green forest area fed by yet another river flowing into the lake.

The snake lake is a small lake North from Iskander Kul and the resort at the North end of the lake. On the way to the lake you need to climb over a small hill from where you can get nice pictures of the Iskander Kul. The lake is really named accurately and the area has many snakes during the summer  time so we do not advice you to walk in the bushes or forests nearby the lake. The rock above the lake should be relatively safe to enter. We did not see any lakes but it was most likely yet too cold for them in April.

How to get to Iskander Kul?

Iskander Kul can be reached from Dushanbe by driving North through the Fann mountains and turning West from the Dushanbe – Khujand road at Zeravshan -2 village and driving up along the Iskander Darya river. If you are approaching from Panjikent or Khujand from the North you can join the same M34 road and drive South towards Dushanbe before making the turn towards the lake. The same road applies of course to the ones who are coming from the Samarkand area or from the Ferghana valley. On the way, there are spectacular views of the mountain valleys and high peaks during all the seasons. 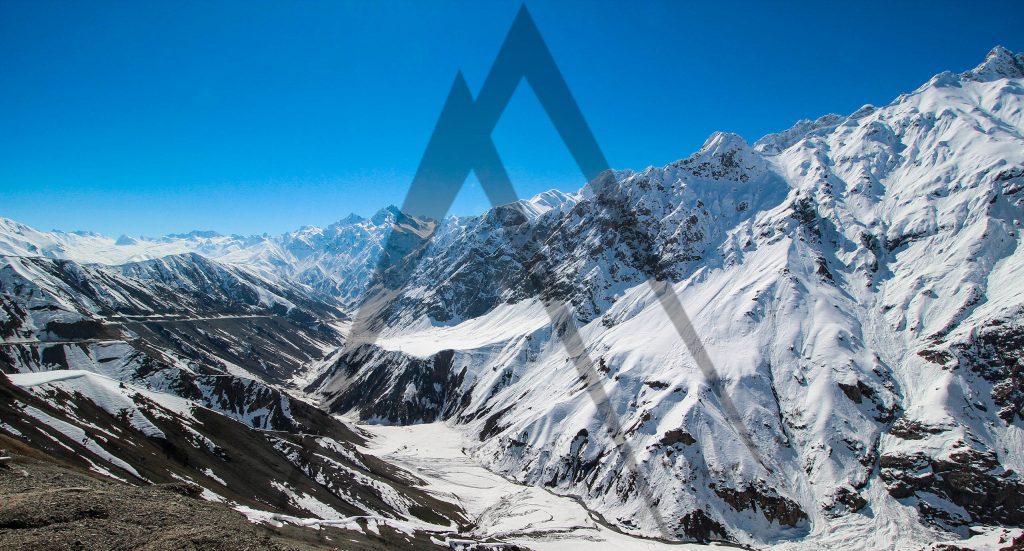 Sarytag village is a small village behind the Iskander Kul lake that has a poor road and only a couple of cars in the whole village. The village is located in a high valley next to a river between high snow-covered mountains and lives from livestock breeding. The animal shelters just a little bit outside the village tell of the importance of the animals to the local people. Bears roam not far from the village at the mountains are not a rare sight in this remote place. The village has some homestays serving travelers with meals.

We visited this place in April and it got really chilly inside the house provided for us during the night even with the electric heaters. In the morning you can observe how the locals take the animals to graze the grass in the green spots around the village and bring them back in the evening. There are also lots of rare mountain birds in the area for bird lovers to see and the Iskander Kul natural reserve starts just from the lake’s northwest side. A couple of kilometers Southwest of the Sarytag village there are some nice wooded camping grounds next to the river flowing in the valley.