Dekhistan was once a flourishing Silk Road state whose great capital Misrian rivaled Merv and Konye-Urgench. Dekhistan Oasis is the most significant archaeological site of the Balkan Region, which was occupied for some 3,000 years from the end of the 3rd-millennium BC until the early 15th century. From the 9th century, its capital was the city of Misrian, which included an area of some 200 ha and was supported by an extensive irrigation system. Misrian reached its peak under the Khorezmshahs when it was a major hub along the Silk Route from Khorezm to the Caspian region of northern Iran and on to the Arabian Peninsula. Misrian was raided by the Mongols but succeeded to re-establish itself, only to be abandoned altogether around the start of the 15th century, possibly due to the decline of its irrigation system or perhaps linked to excessive deforestation of the nearby slopes of the Kopet Dag. Experts prove that the region suffered an ecological catastrophe sometime in the 15th century. The forests of the Kopet Dag to the east had been exploited for centuries until the water supply failed for some reason and the well-watered slopes finally became a barren, deeply eroded lunar landscape that still dominates the region today.

Initial excavations here have also revealed the remains of several caravanserais that once served the Silk Road traders, testimony to the value of the trade routes on which Misrian stood. The entire site is littered with porcelain, coins and other fragments of life at the time of the city’s collapse. Much of the city is buried in sand, clay and mud with dune-like lumps, while the city walls have been decreased to giant verges surrounding the site. Inside the citadel, a small section of the city has been excavated and restored, revealing what is thought to have been a madrassa.

It is a bit tricky to get to Dekhistan on your own since there is no public transportation running there and not all the taxi drivers exactly know how to get there. Perhaps, it is best to book a one-day visit from Balkanabat through Balkansyyahat or from one of the travel agencies in Ashgabat.

Mosque of the Khorezmshah Mohammed

The city of Misrian was protected by a double row of walls, punctuated by semicircular towers. Within these walls, only few monuments have survived. One of the most attractive ones, comprises the two sides of the portal of the Mosque of the Khorezmshah Mohammed. These twin columns, reaching a height of 18 m, are beautifully decorated with brickwork and turquoise glaze in fine geometrical and floral designs, with calligraphic work identifying the names of the architects and the Khorezmshah, who ruled at the start of the 13th century. The area around the mosque has been excavated and restored, offering numerous fired-brick column bases both in the mosque and surrounding the courtyard in front. A slightly bizarre sight in the center of the courtyard is the presence of three evergreen trees, surrounded by a metal fence with an inscription telling that the trees were planted in 1993 at the instruction of the president.

In the corner of the courtyard stand the remains of a minaret now reaching a height of around 20 m, and with a diameter of 7 m at the base. This minaret appears something of a duckling when compared with the Abud-Jafar Ahmed Minaret, which stands about 120 m away, and is preserved to a similar height.

You can climb both minarets for good views of the city’s layout, though it might be a guano-intensive experience.

This minaret’s highlights are two rings of Arabic inscriptions and a third, higher ring offering pleasant geometric designs, and a spiral staircase snaking up inside the structure. The inscriptions confirm that this minaret is considerably older than that of the Mosque of the Khorezmshah Mohammed, and was built at the start of the 11th century on the design of an architect named Abu Bini Ziyad. A channel dug by archaeologists nearby has uncovered a fired-brick well. A ghoulishly large quantity of bones project out from the main walls. 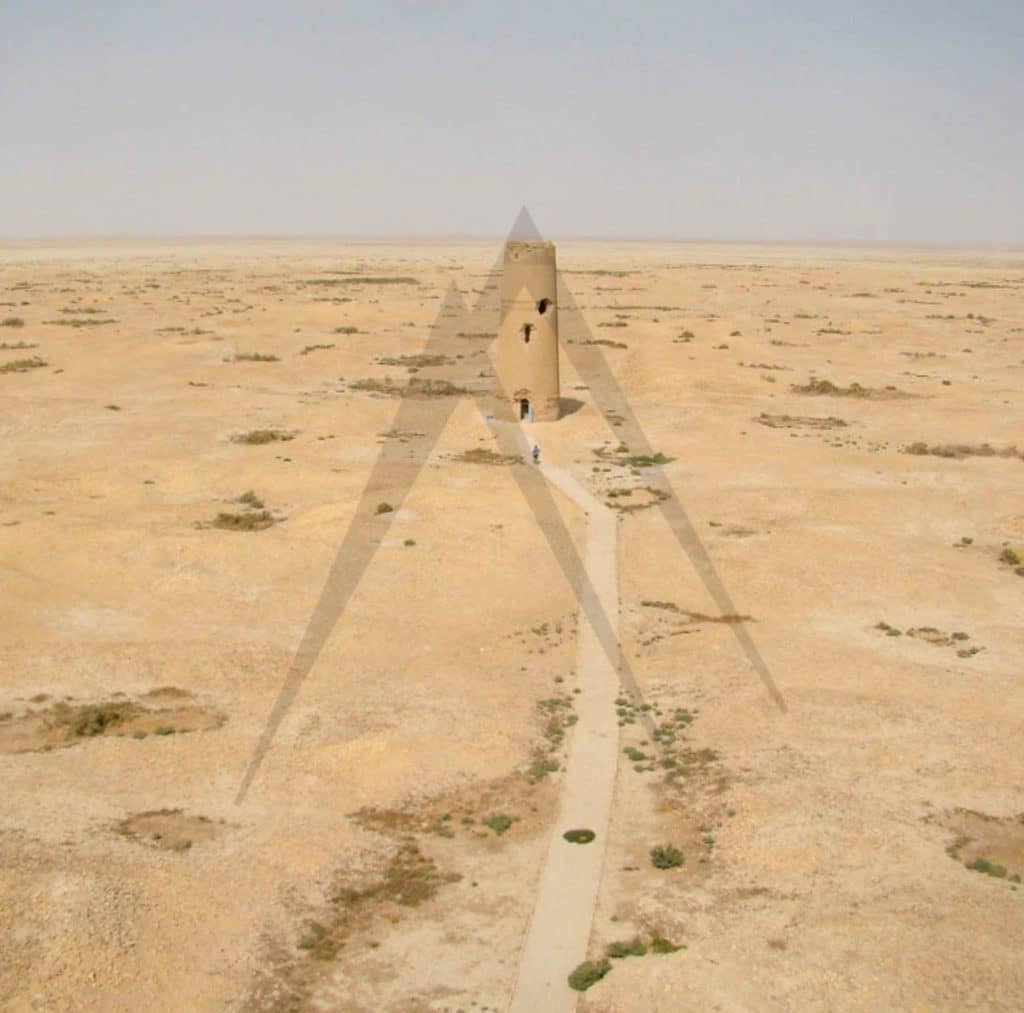 Dekhistan cemetery lies 7 km north of Dekhistan at Mashat, containing five semi-ruined mausoleums, including the Shir-Kabir Mosque-Mausoleum, which is the earliest mosque in Turkmenistan, being slowly restored and excavated. Circular or octagonal in plan from 11th or 12th centuries, all the mausoleums are now lacking their domes. They have notably deteriorated compared to photographs taken at the site during the Soviet period. In the 19th century there were reportedly around 20 mausolea here, but most of them have disintegrated long times ago.

The most imposing monument at Mashat lies on a mound, off of the line of mausoleas. It is the Shir Kabir Mosque-Mausoleum dating from the 9th or 10th century, making it the oldest surviving mosque in Turkmenistan, though it has been restored and extended several times. Its interior is square in plan with a domed roof. There are three niches in each wall, with the mihrab at the centre of the southern wall. This is a beautiful feature, comprising three arched recesses, one inside the other. It is intricately carved with Arabic inscriptions and swirling, floral designs. The mihrab has been boarded up for protection, but gaps between the boards offer a reasonably good view of the decoration. A carved panel in the central niche on the eastern wall is another riot of inscriptions and geometric designs. Above this lower line of niches and immediately below the dome, there is an arc with four squinches, separated by niches. The interior of the building is full of scaffolding poles, from which strips of cloth hang, marking wishes made at the site. Some of the wishes have been fashioned into elaborate cloth cribs, making clear the nature of the wishes.